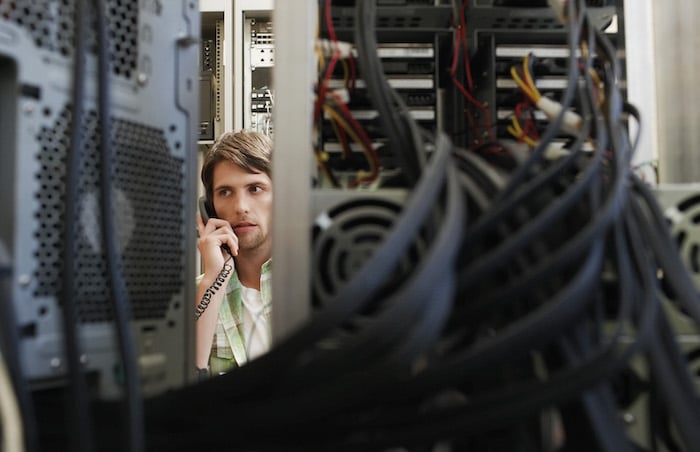 One of the most important things to understand about computing is that not all networks are created equally. In fact, there are 11 major types of networks for you to choose from depending on your needs – all with their own unique architectures and overall purposes.

Also commonly referred to as a PAN for short, a personal area network is the most basic type of network there is. A PAN will typically be centered around a single person in a particular location and the network itself involves a wireless modem, their computer, and peripheral devices like printers or mobile devices like tablets.

Also called a LAN, these networks are designed to connect groups of computers together across short distances. If you’ve ever been in an office where all of the computers were on the same network, that network was a LAN.

A WLAN is essentially the same idea as a LAN, only instead of connecting those computers and devices together via Ethernet cables, they’re all brought together using Wi-Fi.

This type of network is far larger than a regular LAN, but smaller than other types of networks designed to cover larger distances. These networks are usually found on college campuses (hence the name), in school districts or are used by small businesses with several locations that are fairly close to one another.

A MAN is a type of network that will usually cover a large but specific geographic region – usually a town or city. In that case, ownership would be handled by a single entity – be it the local government, a school district or a large company.

Also called WANs, these networks are designed to connect devices across longer distances than other types of networks – sometimes even over the course of many miles. The Internet itself is perhaps the purest example of a wide area network that there is.

Also called a SAN, a storage area network is one that makes high-performance storage resources available to many users via their own network. These can be converged, unified or even virtual in nature depending on the needs.

This type of network refers to one that is used to offer a high-speed connection to resources in server-to-server or processor-to-processor environments.

These networks use optical splitters to separate a single optical signal in multiple directions, which are then used to provide access to different users and devices. This is an alternative to more traditional switch-based networks that use Ethernet cables.

As the name suggests, an EPN is designed for businesses that want to be able to A) securely connect various satellite offices and locations together, in a way that B) allows them to share computer resources with one another.

This is a very specific type of network connection that allows users to send and receive information as if they were connected to their own private network – even though they’re on the Internet at the time. This is essentially a secure “tunnel” through the Internet, used to increase privacy and security.

If you have any additional questions about these major types of networks, or if you’d like to explore our network consulting services to help determine which choice is right for you, please don’t delay  – contact Primary Support Systems today.

This blog was created to provide some helpful insight into today’s computer environment.  We hope to provide regular updates, but as with anything, we focus on our customers first and hope the proverbial shoemaker has time for his own shoes.  Please feel free to drop us a message if you have any ideas you would like to share.